The history of the Nismes family

Beginning of the 19th century, a prestigious family developed the Nerac area, which was the former capital city of “Navarre”, the last descendant of “Navarre” being Henri IV, King of France.

This Region first developed thanks to the new waterway that had been built at this time: the “Baïse”. Dozens of boats, called “Gabarres”, berthed at “Pont de Bordes” and shipped wine and Armagnac to abroad through Bordeaux.

The artisans at the origin of this development are members of the Nismes Family, that later joined with the Batz Family (descendants of d’Artagnan).

Two members of the Nismes family have particularly played a major role in this development:

-       His brother, Jules Nismes , who was the son of the founding person of the Trade House, Pierre Nismes.

The House name became Nismes Delclou when Pierre Nismes get married with Elisabeth Delclou, who imposed that the House also bear her name.

Information dating from 1685 about this old family Nismes can be found at the town hall of Xantrailles and the activities of these artisans can be followed at the 17th and the 18th century until today.

Our House owns the most important collection of old vintages.The majority is kept in our storehouses, quietly waiting for the delicate moment of bottling.

Formerly known as Nismes Delclou , our House wanted to keep this historic brand , imported all over the world. 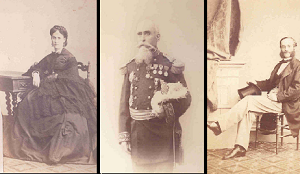 Our partner Berry Brothers and Rudd
is highlighting our Armagnac Nismes Delclou since 100 years. 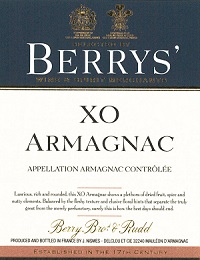 By the rules, VS *** Armagnac must have at least 1 year of aging in wood.

Fruity nose, mellow to the mouth.Perfect for cocktails or on the rocks.

Nose: Very natural and has a great and surprising freshness.

Mouth: is also very fresh with some touches of prune aromas.

By the rules, XO Armagnac must have at least 6 years in oak and 10 years old for the Hors d'Age. We massively over-deliver by ageing our Hors d'Age and XO a minimum of 20 years.

Nose : Powerfull and warm combining notes of fruits and spices. 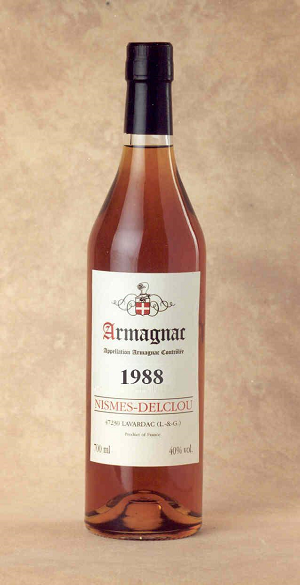 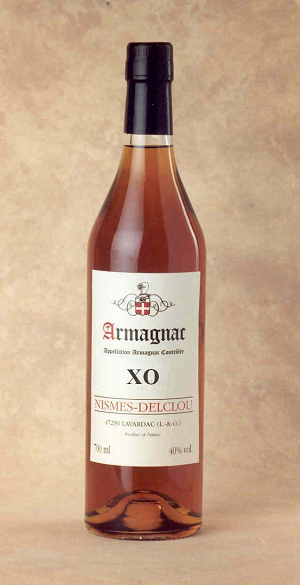 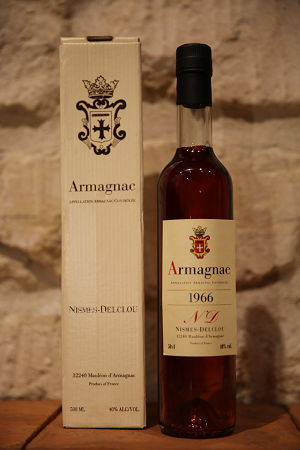 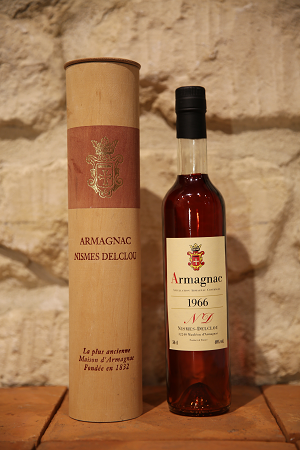