Entirely crafted at the Château de Maniban estate and produced by the Castarède family, the first and oldest Armagnac house established in 1832, Gaspard de M. is a small batch, 3 years old Armagnac, cut at 90.6 proof to preserve its intense, bright yet delicate character.
Gaspard de M. is a true mixing Armagnac that has the presence, depth and complexity to stand up in any cocktail and play beautifully with the other ingredients.
Gaspard de M. is the perfect base for brandy-based cocktails such as Armagnac Stinger, Brandy Smash, Sidecar, Brandy Alexander, French 75, twisted classics like a Sazerac or a Gascon style Manhattan or modern creations. 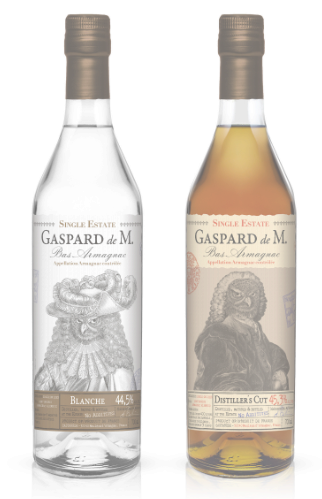 History: Gaspard de M. Armagnac pays tribute to Joseph-Gaspard de Maniban, a French high dignitaries family member, who became the first President of the Toulouse Parliament in 1722. His daughter, Marquess MarieChristine de Livry, introduced the Armagnac to the Royal court of King Louis XV. Great land owners in Gascony, the Manibans were one of the most important armagnac producers in the 18th century. One of their castles, The Château de Maniban, accommodated one of the region’s largest armagnac inventories. These unique cellars, dating back from the 16th century, are the ones used nowadays to age Gaspard de M. Armagnac, under the constant watch of the estate’s wise indigenous owls. 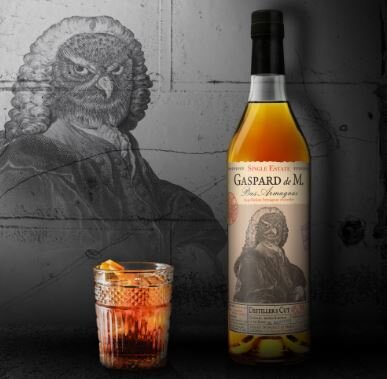